While planning our several days trekking, we were looking for interesting, but not too technical six-thousand peaks. The choice was obvious – the hightest in the area surrounding Leh – Kang Yatze reaching 6400 m, situated continently at the end of the Markha Valley trekking.

Kang Yatze is a two-summit peak, categorized by Indian Mountaineering Foundation as climbing peak. The higher summit (6400 m) can be reached via difficult technical mixed route graded III-IV UIAA, the normal route to the lower summit (6253 m), which we decided to conquer, goes by easy, but exposed mixed ridge reaching 45o inclination (this summit can be reached whithout climbing equipment, but crampons and ice axe might come in handy, especially in case of fresh snow).

For climbing Kang Yatze, as for other over-six-thousand peaks, You need permit for IMF. We wanted to climb just the lower summit and couldn’t find any information whether we need permit for that or not (theoretically, Kang Yatze isn’t a trekking peak, so You would need an expedition permit). Finally, we got to the top without paying for permit, although locals asked us where do we go and wether we have the permit or not (it’s better not to tell anyone about Your plans ;)). End of season and worsening weather (ot was snowing for the three days before our summit push) was also helpful with that. After the fact, we learned that You can buy permit at IMF in Leh (in our opinion it’s a grey zone – as the Kang Yatze is not a trekking peak, and You get a trekking permit) for 2000 INR (about 110 PLN) per person. There is also supposedly some official visiting Kang Yatze BC and requesting 2300 INR for permit. To summarize: if You’re clever, You can climb for free, but do not expect to get any help if something would go wrong.

Summit push went without unexpected events. We started from Nimaling (4760 m) at 12.00 in the night, after one hour reaching Kang Yatze Base Camp (5050 m). Then, for two hours we were climbing the moraine to reach the snow fields (about 5600m), which we traversed to reach the ridge (it was about 3-4h making our way in fresh snow). Finally we reached the summit ad 08.10. Whole excursion took about 14 hours. There were some stones marking the trail on the moraine, we were making our own path on the snow. Most of the route was done at night, using GPS with maps from openstreetmaps project. You can see many Himalayan peaks from the top with Stok Kangri at the first plan, and – if You are lucky – even some of the eight-thousanders. It was really worth it!

Track can be downloaded as GPX. 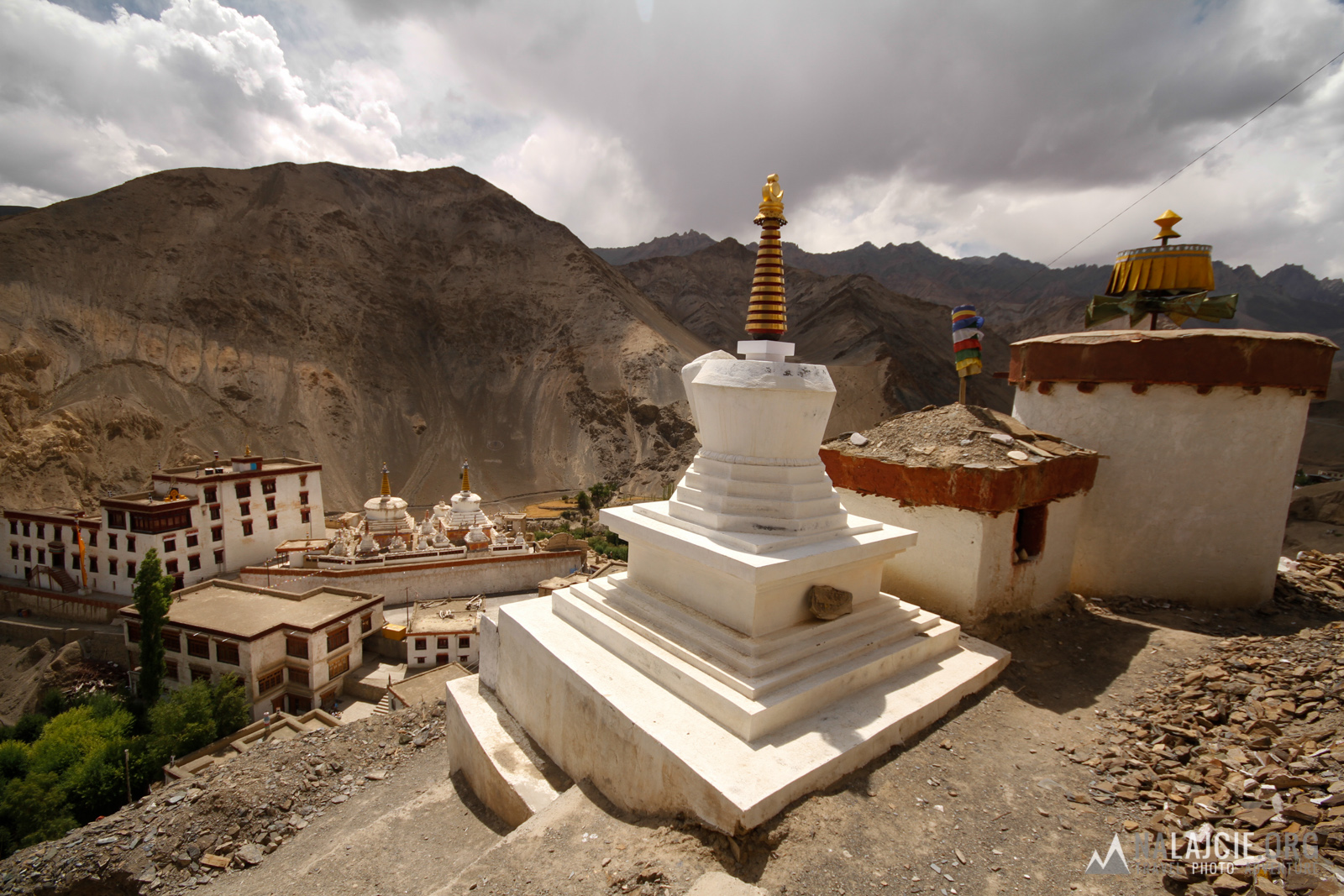