Trekking selected by us consists of two stages: the first part of the route passes rarely visited by tourists Ripchar Valley, the second goes via popular Markha Valley. These routes can be done as one long nine days trekking, or two separate, short treks of 5 and 4 days respectively.
It is not hard to find a way during trekking, the path is clear, often used by donkeys, but you should be vigilant, because you have to cross mountain streams many times, which can be tiring during high-water (bring Your sandals). When choosing this trek we were using heavily a detailed description in the Polish guidebook, “The Indian Himalayas” by Catherine and Andrew Mazurkiewicz, which we highly recommend (description of the route is detailed, just the heights and distances are off sometimes)!

The first, five-day part begins in the village of Lamayuru and ends at Chiling near which river Markha flows into Zanskar. (You can end the trekking with rafting on Zanskar river, if you want to – You have to pre-order it in Leh before). The route of this stage leads through two high passes: Konze La (4900 m) and Dundunchen La (4600 m) and the highest night falls at a height of 4300 m above sea level, allowing a gradual acclimatization. (If you have already acclimatized, You should skip the first two days of trekking which are monotonous and uninteresting – the route leads mostly through Lamayuru – Wanla – Hinju road you can use to drive straight to the village Hinju)

The second part of the trek leads through local, quite densely populated villages on the route to the highest point – Kongmaru La Pass (5300 m) and the highest night falls in the Nimaling camp at an altitude of 4860 meters above sea level. From this camp trek can be extended for a further three days to climb the six-thousand peak Kang Yatze or take a short day trip to the Base Camp at an altitude of about 5150 m above sea level Although Markha Valley is the most popular trekking in Ladakh You won’t meet many tourists there.

Trekking season is from June to September. In autumn and early spring there can be a lot of snow and temperatures can be very severe in the mountains. There may be occasional rain or snow, even in summer. While at lower altitudes it can be boiling hot (even above 30 degrees), the high in the mountains it is cold (below 0 degrees), so be sure to bring warm clothes (jacket, fleece, hat, gloves and down jacket).

Lamayuru can be reached by bus from Leh at 4:00 am (bus goes on to Kargil) and by 8.00 in the morning. The trip takes about four hours. Cost of ticket is 175 INR. Buses also run in the morning from Leh to Chiling – about two hours drive. There is a morning bus at 8.00 from Shang Sumdo to Leh – ticket costs 50 INR, otherwise you can use a taxi at any time – the price for a taxi should be about 2000 INR.

Lamayuru – Shang Sumdo trekking does not require any special permissions and is free of charge. Permits, which can be purchased at the office of Indian Mountaineering Foundation in Leh or any trekking agency (you have to pay comission) are required only for trips to the peaks exceeding 6,000 meters, as well as access to three areas: Lake Tso Moriri and Tso Kar (area Rupsu) , Pangong Tso Lake and Nubra Valley. These permits, known as Inner Line Permit is valid for six days and are valid for up to 4 people, the cost is 20 INR per person per day. Other charges which can be expected when trekking in Ladakh include access to Hemnis National Park, the amount of 100 INR per person per day collected in the tea house in Rumbak.

If you plan on trekking with donkeys / horses it must be remembered that in Chiling there is river crossing using a new line bridge – about 3 km from Chiling (tiny trolley for 2 persons). It is not possible for donkeys to cross that way (agencies are organizing other animals that are waiting on the other side of the river). Crossing the river is free. There is a new large road bridge being constructed there, so the situation might change soon.

Petrol for Cooking can be bought at a gas station in Leh. Gas cartriges compatible with screwed Primus gas stoves can be purchased at the market for 400 INR or trekking agencies for 450 INR. Cartridges are available only in small size (220 g). In Manali cartridges are also available for the same price.

At each campsite there is access to relatively pure water (we drank water without treatment, which gave us a couple of times a hard time :)). You may want to carry a couple of water purification tablets for the ‘suspicious locations’ to apply them.

If you plan on trekking on your own in the Lamayuru-Chiling part You will need a tent. The only flat places on the route are called. ‘camping sites’ – read: a piece of land with grass, ‘led’ by the locals. Usually in the morning the owner will came, who will cash 150 INR per tent. A couple of times we were able to spend the night for free, but most of the times it is worth to pay and have access to drinking water and latrine. The Markha Valley has also become a popular destination for home-stay trekking – with an overnight at the local houses. The cost of accommodation in the home-stay is about 900 INR per person, the price includes three meals: dinner, breakfast and lunch on the way. Tent is a much cheaper option but in home-stay version You do not have to carry so many things.

There are small shops and teahouses in the villages all over the way. You can buy there: chai, toliet paper, tissues, coca cola, maggi instant soup, and sometimes more complicated meals (as in Skiu). Even so, it’s good to have enough food for the whole trekking with You.

Track can be downloaded as KML or GPX. 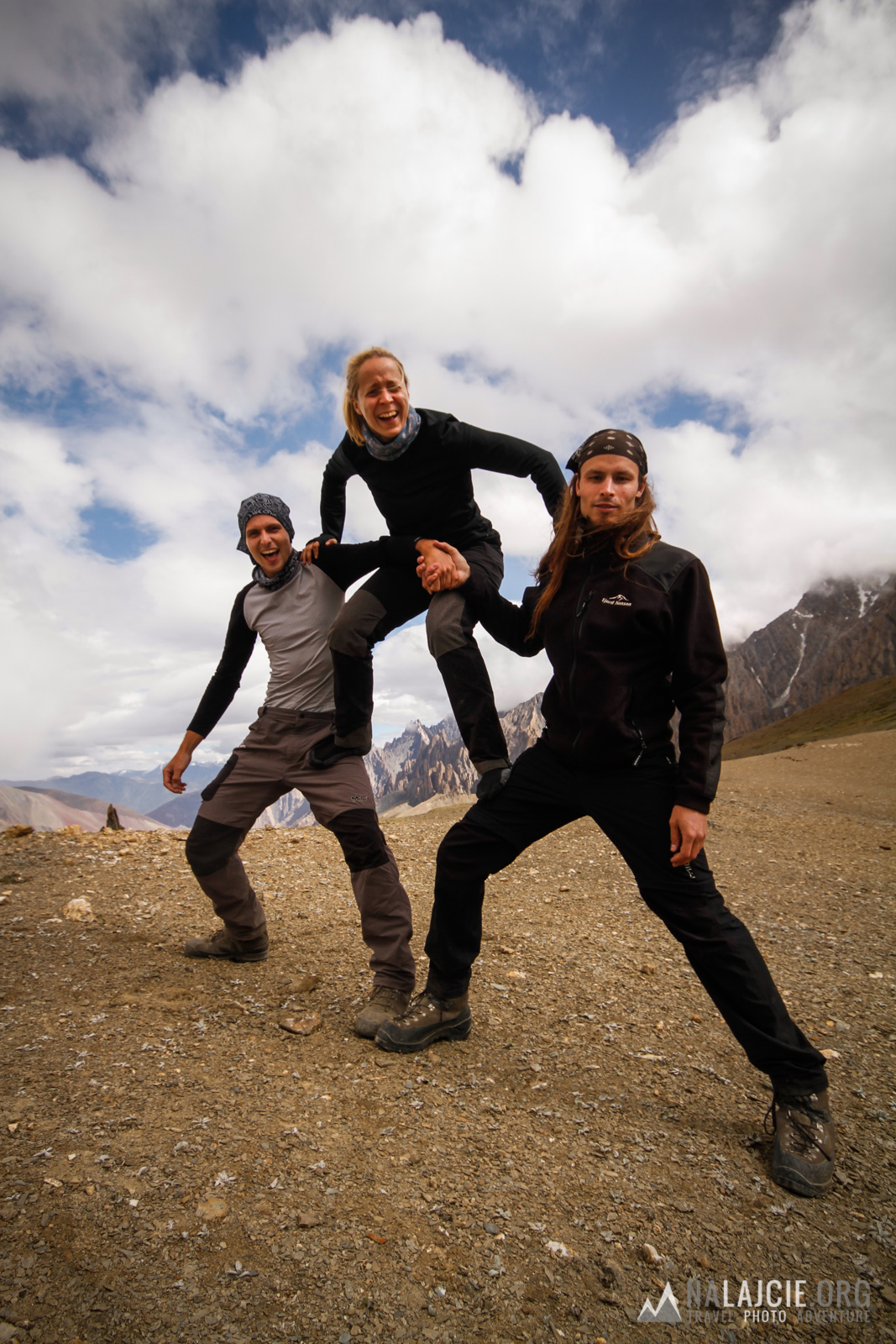